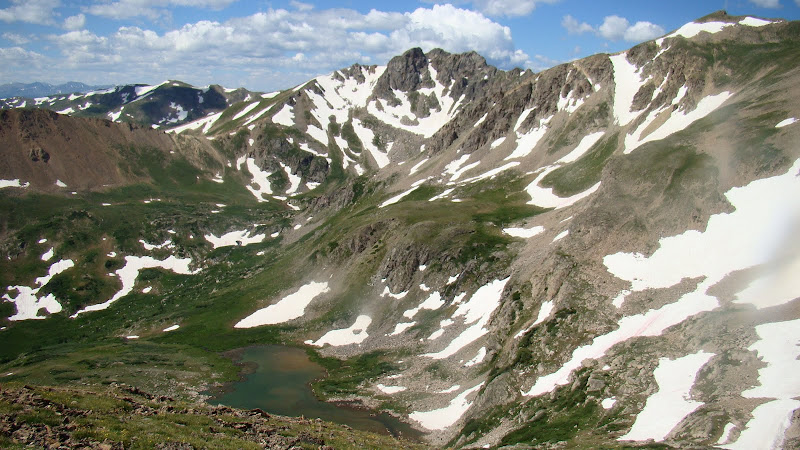 J and I were looking for enjoyable wildflower and tundra hiking, with less than a 2 hour drive from Fort Collins, and something different than the reliable but crowded IPW. Herman Gulch met these requirements, and then some.

Herman Gulch is located East of the Divide tunnels, just off of I-70 on Exit 218. Correspondingly, the large dirt parking lot just off the freeway can be crowded. But getting there around 8AM, there were still plenty of spots.

This hike is well-documented elsewhere on the internet and guidebooks. A class-1 trail leads
3.5 miles up, through the forest and into wildflower meadows, before leading to Herman Lake itself, which sits in the shadow of 13er Petingell Peak.

So essentially there were 3 goals for this hike.

First goal: to see the wildflowers in full bloom. 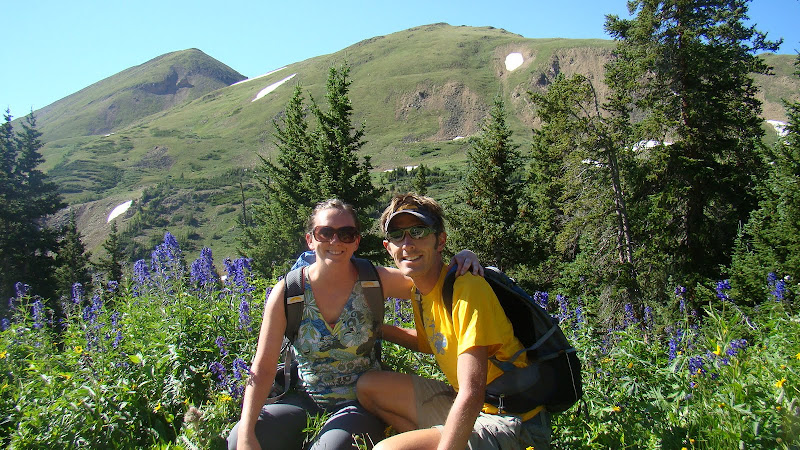 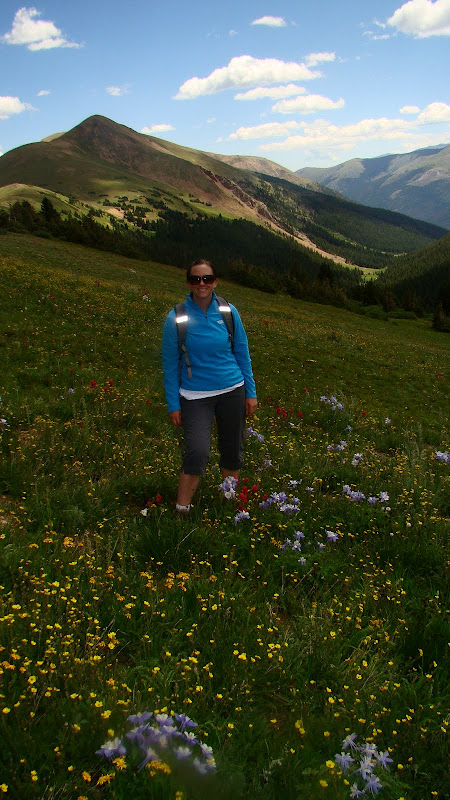 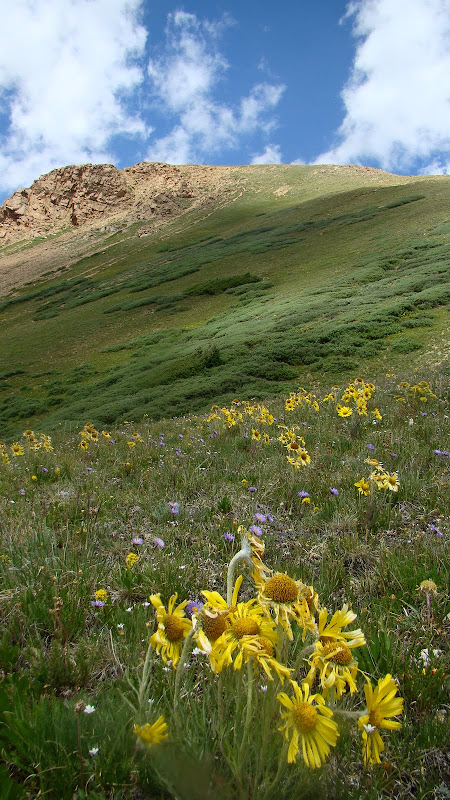 Second goal: Get up on the Divide.
After visiting the lake, with maybe a dozen or so other folks, we headed back down less than half a mile to the Jones Pass/CDT trail split. We descended slightly on the Jones Pass trail, which follows below a ridge to the north before cresting it. Shortly after that, we headed up the steep tundra to the ridge itself, giving views of a whole new basin and range of mountains. Next, we followed along the ridge to the flat, loafy 13,000' shoulder of Petingell. This is an unnamed expanse of tundra, but gives fantastic views above Herman Lake, as well as new views which opened up to the North. And for a couple of hours of hiking and lounging around, we had the place to ourselves. 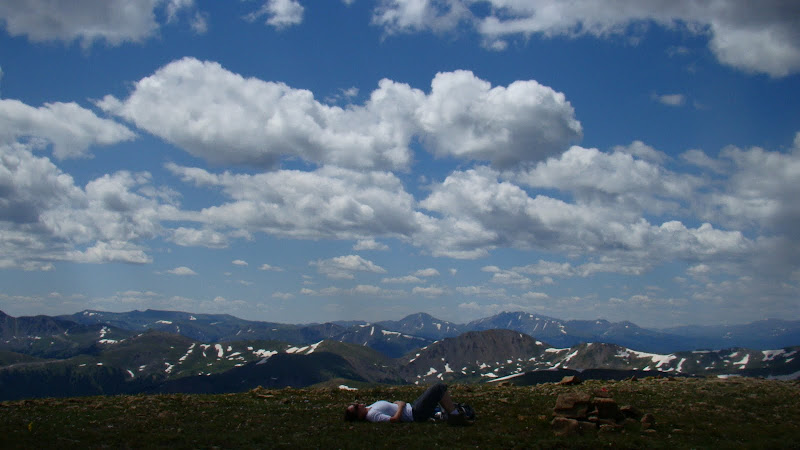 I poked around restlessly: 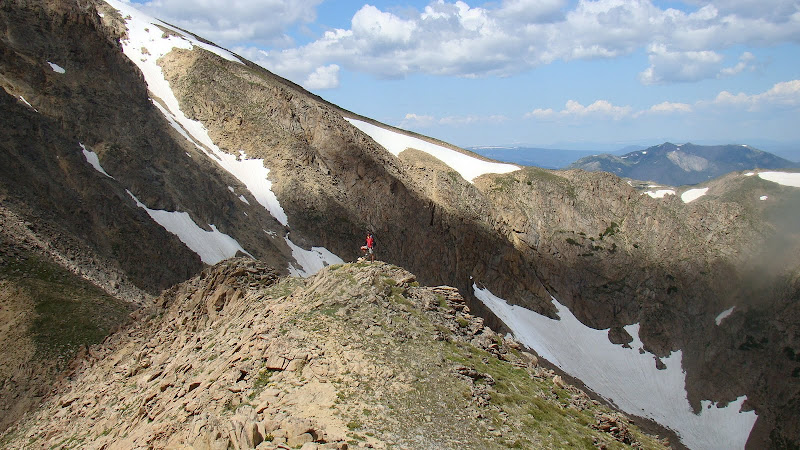 ...before waking her up to achieve the 3rd goal of the hike:
Hit J with a snowball in August! 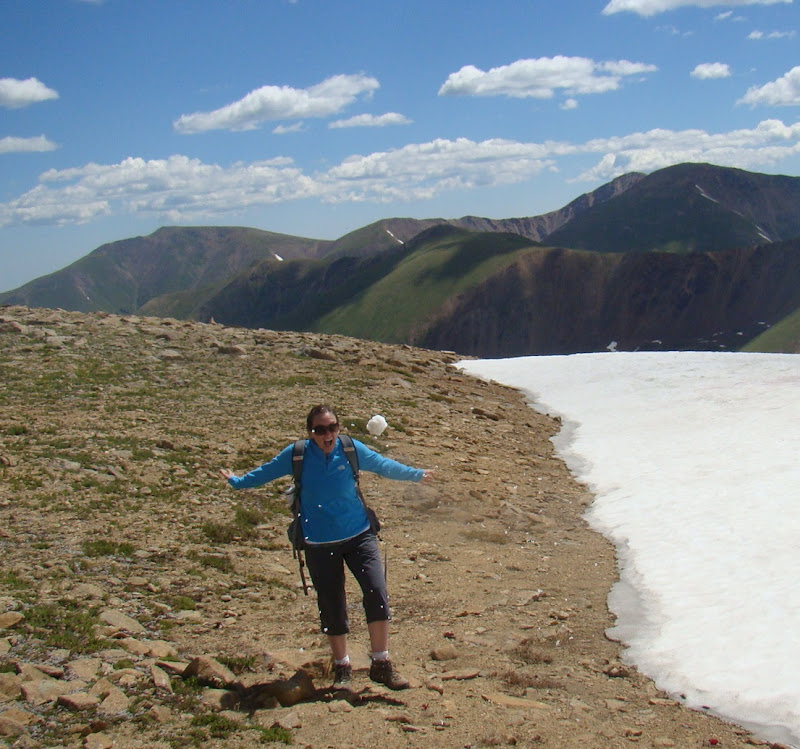 Another beautiful day up high. This hike is rightly popular for being within an hour of Denver, but it's undoubtedly less crowded than Torrey's/Grey's across the street. The trail here, as well as the CDT trail towards Jones Pass, is also fantastically runnable: need to stare at the map for some loop options.

Here is a map. The extra effort of getting to the Divide more than triples your views: 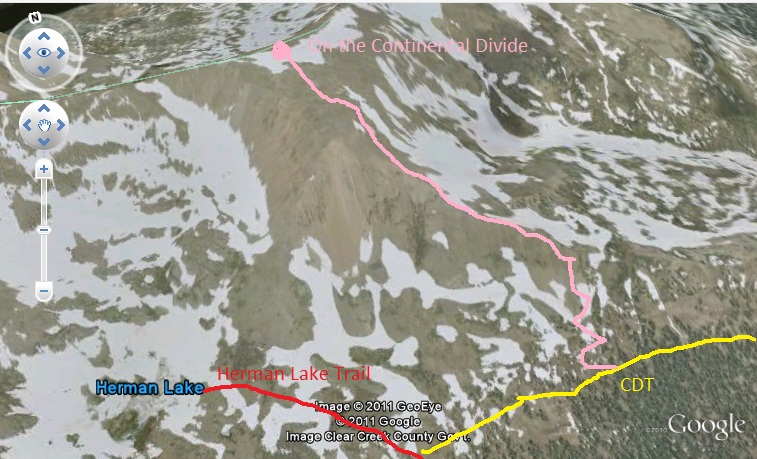 Posted by mike_hinterberg at 9:22 AM