Front Range Gravel Grinder: A Weekend in the Springs

J and I had a great time last weekend down in the Springs.  We saw a few different friends, and enjoyed a few breweries:
The latter was my primary outdoor focus for the weekend, with a chance to ride a scenic, rolling 46-mile course with friends on a gorgeous day.  It was free, and did I mention it began and ended at a brewery?

So the Front Range Gravel series is a new series to capture the fun of gravel-grinding, which mixes up courses that include singletrack and dirt roads as well as paved ones.  Longer events are popular in midwestern farm areas that have plenty of rolling dirt roads, and some argue that perhaps less popular in Colorado, which has sublime roads for road racing, and equally sublime trails for mountain biking.  However, Boulder's "Dirty Bismark" and even the informal "Winter Ralleye Rides" up in the Fort have a bit of this spirit as well -- riding the dirt opens up even more terrain for exploration.

This begs the question of bike setup choice.  Fast and light cross setups are certainly the popular choice, but touring road bikes as well as mountain bikes work just fine.
Although free, and on an unmarked course, this was a timed "race" -- I was happy to meet up with JT, and by riding it for fun, it was a good choice to go with the mountain bike. 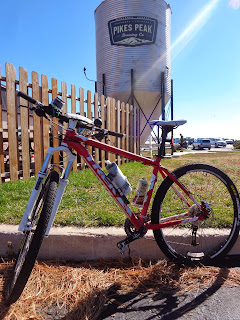 A few tweaks: 1.9" semi-slicks; mapholder, camera, and horn on handlebars; PP Brewing Devil's Mountain Red in a can.

I hoped and thought it would be laid-back, and it mostly was, but it was "Colorado Laid-Back" with some coordinated cycling team kits, and bikes that cost more than all-my-bikes-combined, etc.
I was happy to hang in the back with riff-raff like JT, Shad, and Donnie. 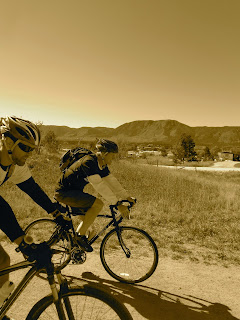 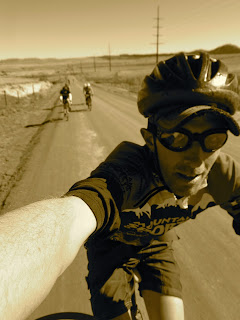 Making a clockwise loop from Monument, we went up to Palmer Lake, and then along the Greenland Trail and up to Larkspur.  Whenever I look toward the Greenland Trail from I-25, it just seems barren and windswept and uninspiringly flat, but it was a nice rolling ride and a perfect time of year.  Being on the mountain bike made some of the faster singletrack descents legitimately fun.

After this section, we had some fast, smooth pavement into Larkspur.
At the spur of the moment, in the middle of the ride, we stopped at a bar... 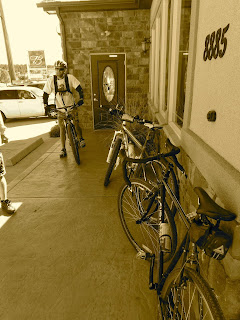 ...called "Spur of the Moment," where we ate up quite a bit of aid station time playing pool.

I had a fun time riding with all the guys and chatting with Donnie and Shad for a bit.

As we looped east on Lake Gulch Road, we had some fun rolling dirt climbs with enough false summits to wonder about when the climbing would end, and some dirt and paved descents.  We even caught up to a few guys.

Finally, we knew we were close to the brewery again, but we needed to climb Monument Hill. 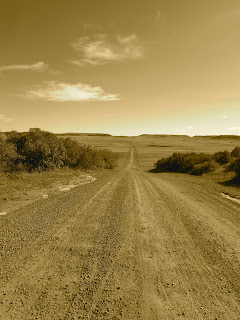 It was scenic but I was looking forward to getting it over with.  At the top, I had some extra time, where I ran into a guy taking a rest, so I asked him to take a picture of me after I turned around and climbed a bit of it again. 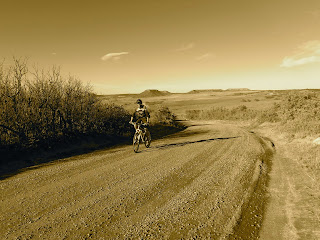 Luckily, I got JT's picture the first time, so he didn't need to go back and do it again. 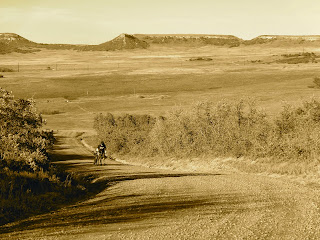 And then back to Pikes Peak again.  Everything I tasted was good, but well into the 7's ABV (Elephant Rock IPA, Devil's Head Read, Summit House Stout), so the Little London English Mild was the sensible sessionable choice while dehydrated and a bit hungry.

After the ride, we met up with the girls, and had a great dinner at Roman Villa -- the type of small, old-school, simple wood-paneled walls place where locals hang up their coats when they walk in to order great pizza and cheap wine.  Great pick, Teishers: Colorado needs more of this.

Then it was on to the Haunted Mines!

I don't know if any of us have been to a haunted house in a decade or so, but I sure loved them as a kid.  I'm not so sure J ever did, but everyone was a good sport and it was a fun time: 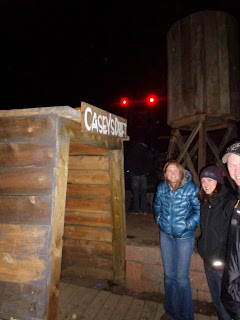 Seriously, a haunted house in a historic mine, how cool is that?   (It's a fundraiser for the Western Museum of Mining and Industry).

Next morning, J and I went to the infamous Manitou Incline: a steep set of stairs on a trail that goes straight up for a couple thousand feet in less than a mile. 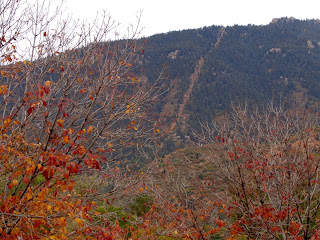 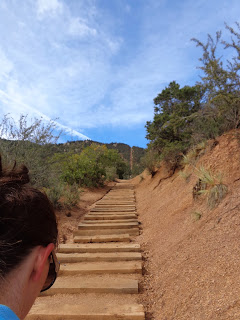 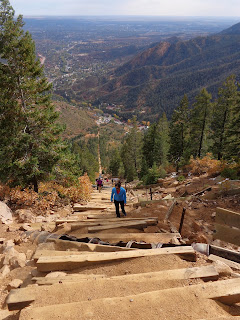 It's busy and popular, but the crowds were still manageable, and the weather and scenery made it seem less mundane.

On the way down, we took the much more gradual and scenic Barr Trail.  I was glad for J to enjoy both of these trails for the first time. 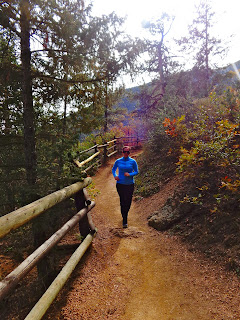 All in all, a pretty great weekend down in the Springs!  I take back some of the bad things I've said about it.

CSU's Jack Christiansen Track is a great facility in Fort Collins that's open to the public when not being used collegiately, and thus has been the hometown track for all of us. It's particularly aesthetic mornings and evenings, when low light highlights the track and the western foothills, and picks up the scent of the wet grass. If you're visiting, it is most certainly worth "bagging" this track.

Of course, there are some brutally windy days as well. But I'll take them all!

This week, another "Tuesday Night Track" series, led by the incomparable Jane Welzel, came to a close for the season. 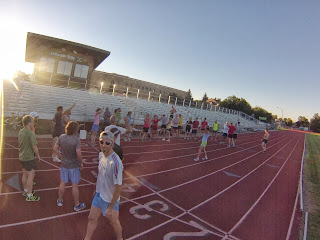 Many runners, perhaps especially trail and "ultra" runners, whatever that means, disdain the track for being too boring and too flat, and thus aren't interested in track workouts. But I feel sorry for those that miss out on the dynamics of a well-matched group workout, and the brutal honesty of the distance and the clock.

With Jane's workouts, we end up staggered by differing ability levels, fitting dozens of people on a 400m track. I absolutely love the energy, fun, and hard work from everyone that shows up. One lap at a time, the sum of the whole is most definitely greater than its parts.

Among peers, I really enjoy having guys that are faster than me, as I try to hang on and observe their subtly different approaches and strengths...and some of the women, too, with a local sprint specialist that absolutely runs on rails for the 400m. Then there are guys right behind me as well, keeping me honest. We end up with a nice group pushing each other, sometimes nipping at heels
and bumping elbows. This week, I brought a camera:

That video isn't as good as it gets when we're really tight...and unfortunately the memory got filled up before our "Relay Carnival" started, which had a ridiculously memorable moment for a workout.

The relay is a great way to match everyone, as we form teams of 4 and run various workouts. On our 800 relay, I was left to run anchor. Justin Liddle was far ahead running at righteous clip; Nick was somewhere near the beginning of the backstretch; Lee took off some 20 or 30m ahead of me.

Off our team went with the handoff, and I focused on Lee. Lee ran an aggressive first lap, so I tried to maintain pace. As I saw him glancing behind, I pushed hard on the beginning of the 2nd lap, and reeled him in on the backstretch. I hadn't planned on catching Nick, but I could see he was running at a "maintain position" pace more than racing, so I took off and caught him on the final turn. Instead of passing around him, though, I sat on his shoulder, just to goof around a bit and see what he'd do. As I thought and hoped, he put a bit of life into it and started picking it up, leaving us a fun sprint dual down the frontstretch.

I kicked ahead so he was out of sight next to me. We had a bit of cheering, so I couldn't hear footsteps or breathing, and I made the mistake of taking my foot off the gas a bit...I had no idea that he was still right there, until catching a glimpse of shoulder on the outside right at the line. He leaned, and then I did, but too late: the consensus was that Nick won by a beard hair. We both tumbled and collapsed on the track, just like Serious Track Runners(TM) are supposed to do!  It was nice to see Nick push himself and be competitive for once. What a workout!

Too bad we had a painful 400m, 200m, and 100m to go after that.
Not as much drama, and I was disappointed that the camera didn't get to pick any of this up. But anyway, those are the sort of fun times you can only have on the track.  Thanks to Jane and everyone in the TNT group for pushing me and each other around the oval!
Posted by mike_hinterberg at 7:42 AM 1 comment: