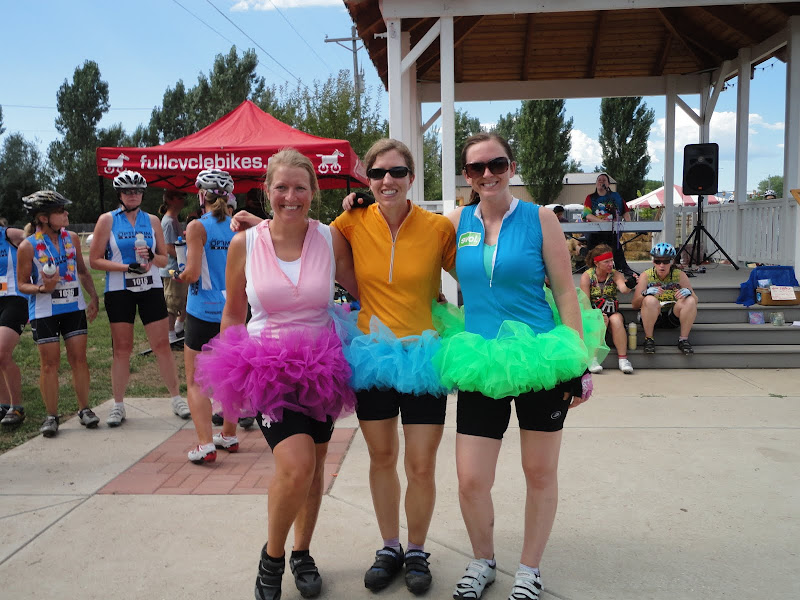 They did it! By training this summer, all 3 rode 100 miles for the first time in their lives -- AWESOME! No flats, no major mechanicals, nobody got lost, and a good time was had by all. They finished in about 8.5 hours, well under a 9-ish hour goal and with a solid, consistent speed.

I certainly can't speak for most of their day, but I parked in Longmont and rode a section of course backward before finally meeting them at mile 70 at one of the two toughest spots of the course: the rolling hills up 36 towards Lyons. Clouds had come in to cool off the temperature a bit from the heat they had experienced in James Canyon, but unfortunately the clouds were accompanied by a stiff North headwind. I looped around when I saw them on the hills and talked with them a bit, but clearly it was time to focus and just get out to Highway 66 for the left turn into Lyons. We stayed in a line as much as possible and grinded out the miles before finally getting out of the wind.

Now that they could relax a bit, I asked how they were doing on food and water. They were hungry and looking for good food options -- apparently the last few aid stations (in the critical middle part of the race) were lacking in quality food selection. This was bad news, because I had seen what awaited them at the next aid station (mile 76): Gel packets and shot blocks. Now maybe the idea of having eaten several dozen gels in the previous week gave me an unfair negative bias, but they weren't interested in that, either. I quickly decided to go ahead into town and scrounge up whatever food I could find.

Luckily, the day was saved by St Vrain Market:

I grabbed whatever looked good: some plums, a fresh loaf of bread, cheese, turkey, a tomato, a perfectly ripe avocado, and a few sodas, and dashed out of there. (They also had plastic knives which were helpful for making sandwiches). I met them at the aid station with REAL FOOD (TM) ! They were very pleased at having sandwiches and their mood was instantly better after eating and drinking, and we set off across the threshold of 76 miles, officially making it their longest ride ever.

We hit the road together for some cloverleafs around Lyons itself. This section of course was the only set of roads I had never ridden on, and it involved some gorgeous backroads that I didn't know existed, with good pavement, light traffic and shady trees: 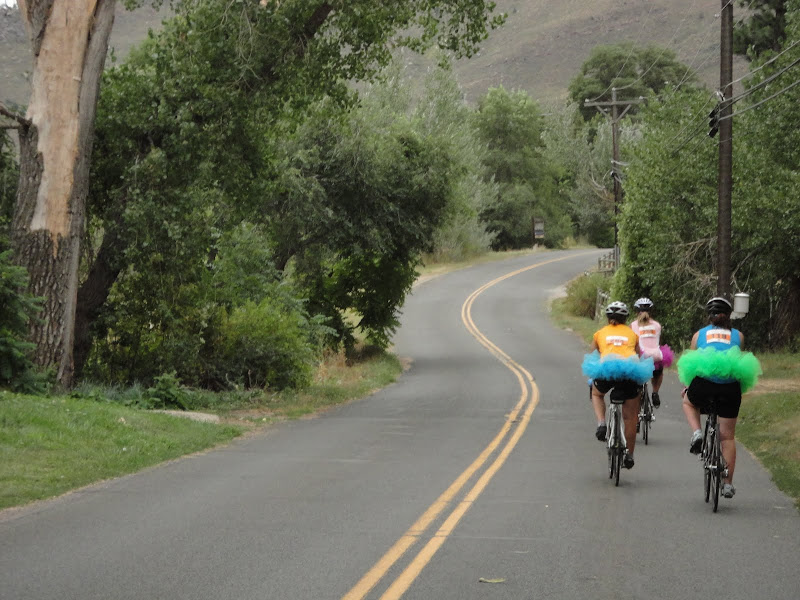 After this Tour du Lyons, we headed back East towards Longmont. The Northwest wind and renewed vigor sped us along into zizagging south and east turns. Another very light rest stop was somewhere around mile 90, but was unnecessary. The girls kept on moving until the final turns in the Prospect New Town part of Longmont -- a surprisingly vibrant and fun part of Longmont that we've never visited before.

At the finish, we were surprised by DJ and Neil! 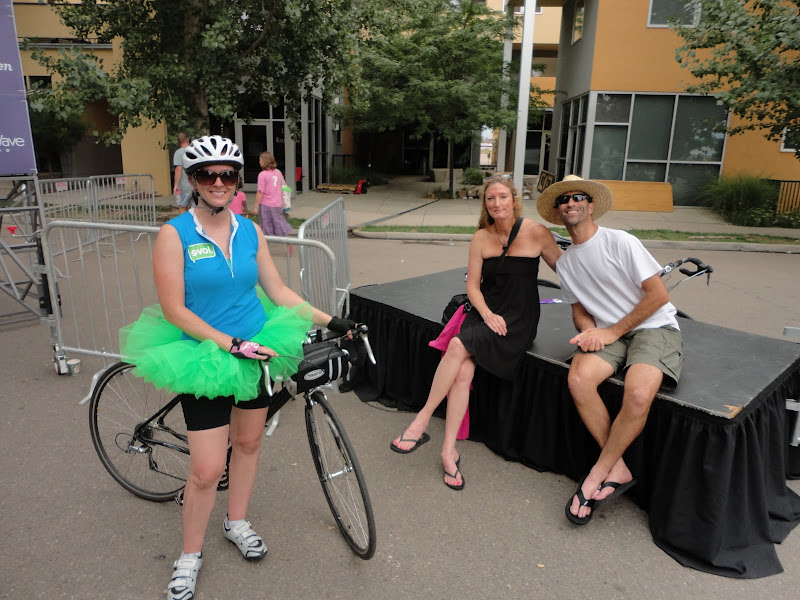 We hung out in the park a bit and they enjoyed some mojitos. The touted gourmet lunch was a lackluster, cold premade sandwich and a small side of grains. Despite being hungry, most of that was tossed aside, and we headed to the Pump House instead to celebrate.

Congratulations to all of them on a great ride!

Posted by mike_hinterberg at 8:27 AM