Looking to get some quick play in the snow, I snuck over to Green Mountain in Lakewood.
Although it's a popular area, and looks like fun from mtnrunner's writeups, it was actually my first time there. I suspected, from the snow totals, that the morning after would have enough snow before it melted/got trampled.

But, many of the more urban trails only get enough snow a handful of times in the winter, which isn't enough to list it in any guidebooks or anything, so you don't know what to expect unless you try it. (And you're best to stick to buff non-rocky trails).

I wasn't disappointed in the amount of snow, and I was happy not to have to drive any further on unplowed roads. 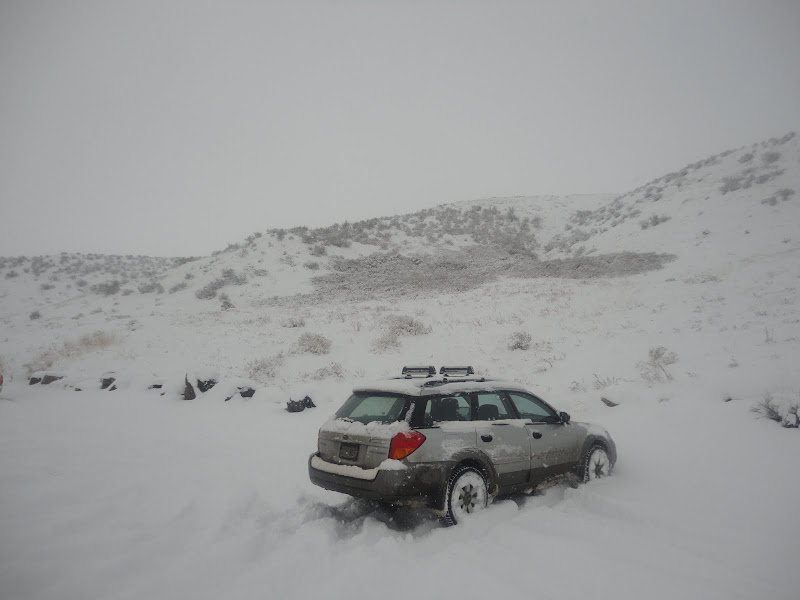 One of the drawbacks of many Front Range foothills trails is (admittedly necessary) urban blight from radio towers and antennae. However, on a day like today when the snow and fog roll through, you barely see it! 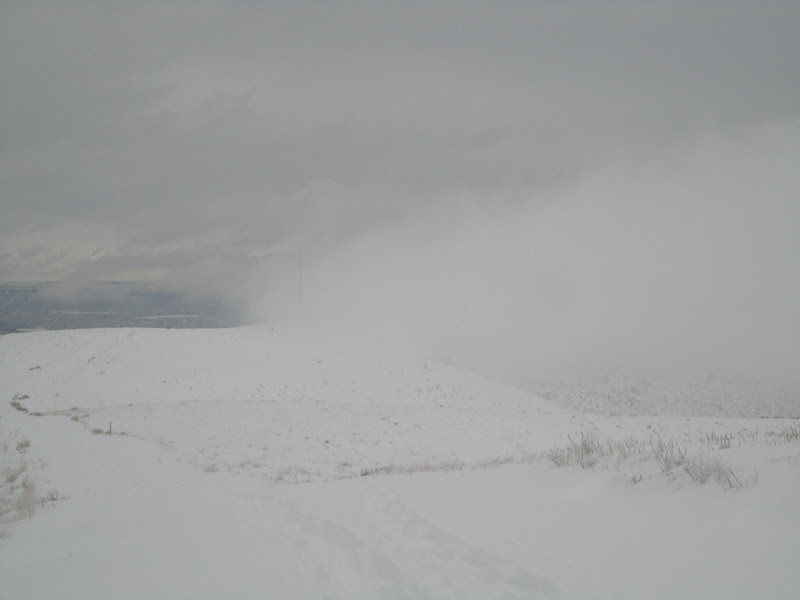 I started from the first trailhead coming off Alameda, and rolled along the ridge for about an hour. Some of it was actual work in fresh snow. I gave into the temptation to drop off of the trail, hoping not to get stinkeye from the locals, but it turns out that the snow was *too* powdery and it wasn't quite steep enough for my skinny skis. I did see one other fellow hiking up with alpine skis!

So the best part was actually staying on the trail, and it got better when I turned around and the snow was packed down from my own line as well as some snowshoers. The only real fun downhill was actually the 2 switchbacks down to the parking lot, so I went up and down that a few times.

So yes, after a fresh snowfall, it's enough for a quick little rolling tour if you get out there right away!
Posted by mike_hinterberg at 4:37 PM