Running routes in the 80247 (border of Denver and Aurora) certainly have some differences than other parts of the state. Trying to run on the sidewalks can be a deathwish, for example, as there is a palpable difference in driving skill and regard for pedestrians. That doesn't mean there aren't beautiful areas available to run and ride -- you just need to look. One of my favorite haunts, in fact, has ended up being the Fairmount Cemetery, where the residents mostly leave you alone, where you can run without fear of being hit by a car or assaulted with bad puns.

An old cemetery is a rare treat in the new West. (Rich White European) People simply haven't lived here long enough to have died here long enough. After moving from the midwest to Southern California, we were most certainly deprived -- land was too valuable for the dead, outside of military cemeteries (e.g. Pt. Loma), which can be inspiring and humbling in their uniformity and scale, but lack the heterogeneity of a civilian cemetery. One exception was a very small but tourist attraction in Old Town San Diego, and we enjoyed visiting there during Dia de los Muertos.
Fort Collins has one decent cemetery near City Park, but it's small, and the sidewalks on the West/Shields side aren't the best. And, the Poudre or Spring Creek trails are much better options but they don't go near the cemetery. Loveland has a decent one that I've ridden my bike past dozens of times en route to the mountains, but again, not easily accessible for running.

So Fairmount Cemetery has been a welcome surprise in the urban wasteland of Aurora/Denver. My run to Fairmount cemetery is an enjoyable mile and a half or so down the Highline Canal trail, and then plenty of serpentine roads and paths that wind through the cemetery itself. It has taken me several runs just to discover the basic layout of the cemetery -- the second-oldest continuously operating cemetery in Denver. There are many different sections, including a military section, and loose organizations of ethnicity (a specific Greek, Jewish, and Korean section, for example). All of these people living together in harmony, dead: we could learn something from them.

Generally, I run through the historic, old sections with objective irreverance. Headstones are great to play with words, by scrambling and anagramizing names, or looking for recognizable ones (For mtnrunner2: Is objectivism dead?) 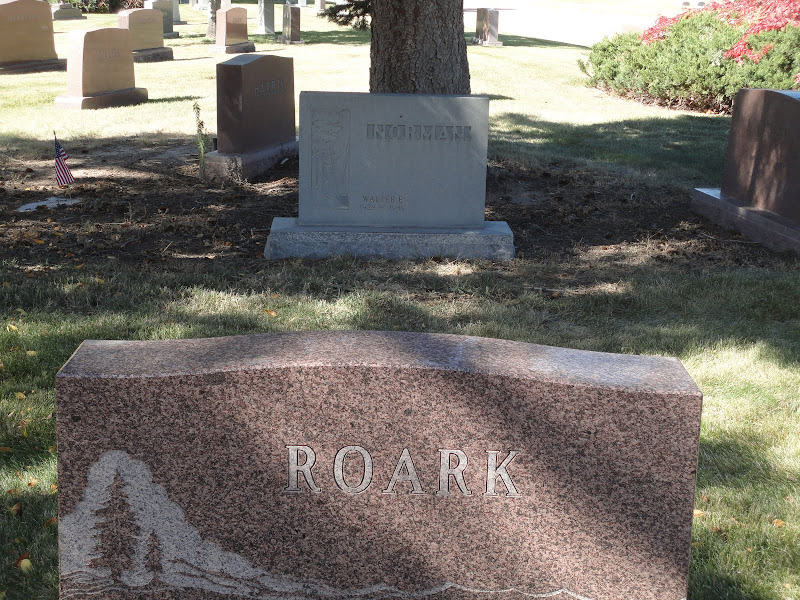 or to play with numbers, by doing math -- particularly subtraction -- and nodding at results that make sense, like 80 or 90. But there is also a children's section, which is the one with the most balloons, toys, and fresh flowers, where I cannot help but think of general unfairness. I do not run through this section often, but the message is never far from my mind. 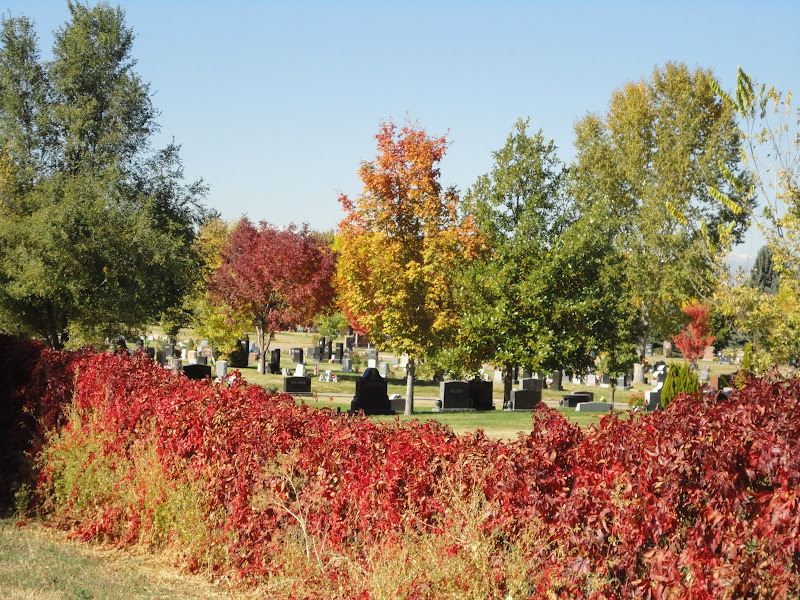 In addition to simple headstones, there are numerous large, ornate statues, symbols, and crypts. 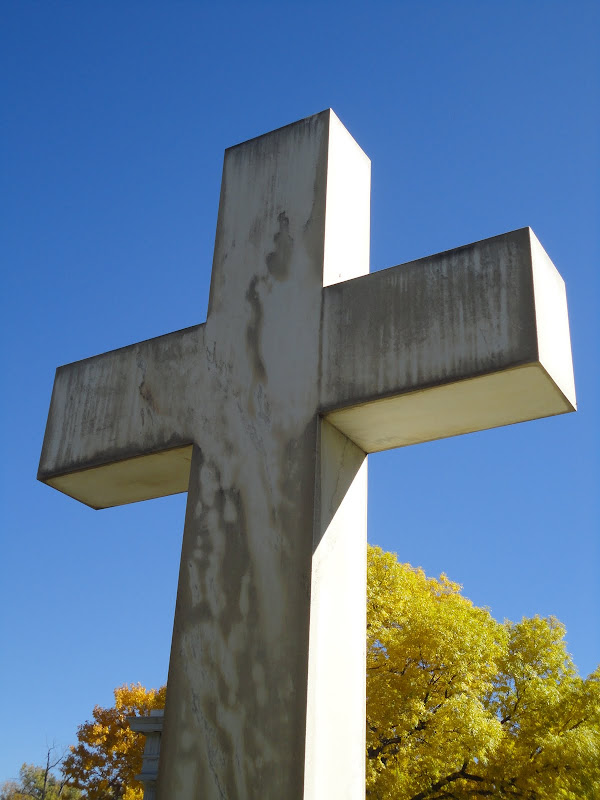 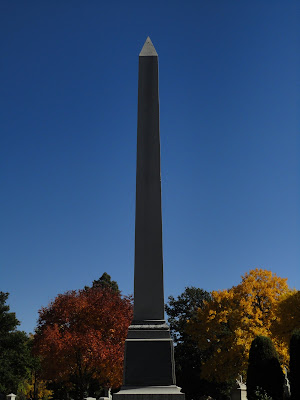 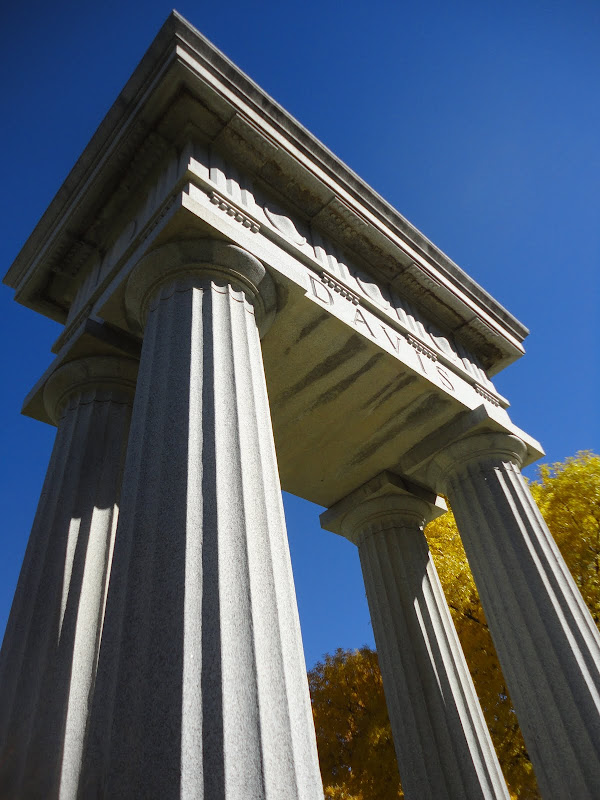 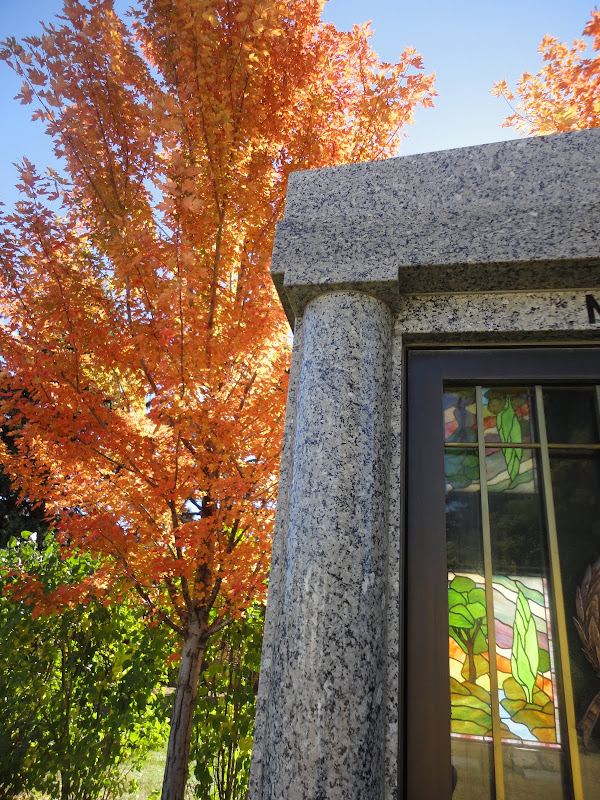 Even more impressive are several historical landmarks dating to the 19th century, including the Ivy Chapel, which is "13th-century Ecclesiastical High French Gothic Revival style." 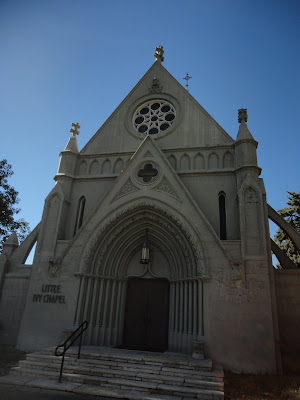 As my wife can attest, I am a sucker for church architecture (I actually don't know anything about architecture, and don't care to -- I just like looking at them!) -- in addition to classics like Notre Dame, Montmartre (which I entered in running clothes, during mass, at 11PM), Sistine Chapel, Westminster Abbey, I've dragged her to numerous other churches and chapels in Western Europe and South America, including one chapel made of human bones. (Be prepared for a future writeup where I connect at least 4 Denver churches in a run someday, but I'd like to be able to go inside each one). In my expertise, I can tell you that the Little Ivy Chapel is impressive for it's use of gargoyles, cool looking doors, pointy things on the roof, and general awesomeness: 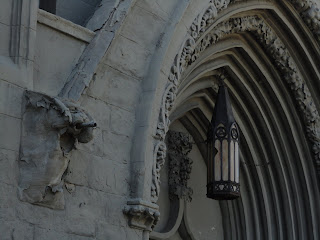 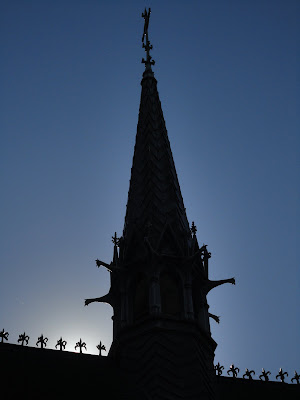 My shadow has darkened the door a few times a week since moving here; sadly, it's never been open when I've been there.

In any case, Fairmount Cemetery is a peaceful, beautiful and quiet place to run in Denver -- a great place to check out, not check in!
Posted by mike_hinterberg at 9:43 AM