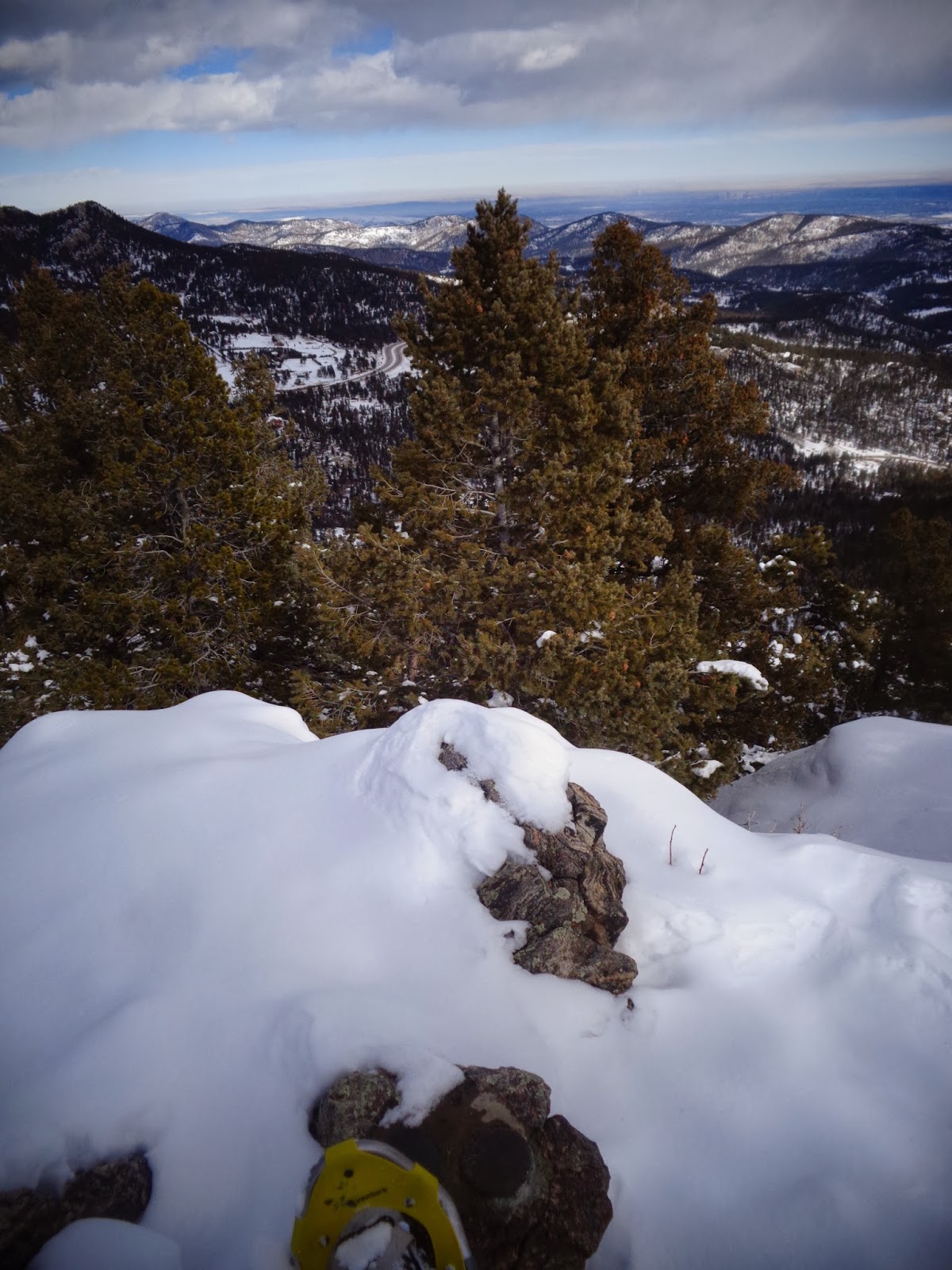 With a solid, multi-day snowfall blanketing the Denver region, some of the close-by Jeffco and Denver Mountain parks take on a new dimension of interest.  I decided to check out Meyer Ranch Park for the first time -- very popular in winter, due to its north-facing aspect right off of Hwy 285, where kids of all ages enjoy sledding.  But the winter history of Meyer Ranch goes back for decades, as an old rope-tow was used pre-WWII when the area was known as "Mt. Lugo."


So, this lost ski-area held promise for good snow, and it delivered.  Several smaller loops circle groves of aspen and pine on the lower parts of the hill, eventually zig-zagging upward to the "Old Ski Run Trail." 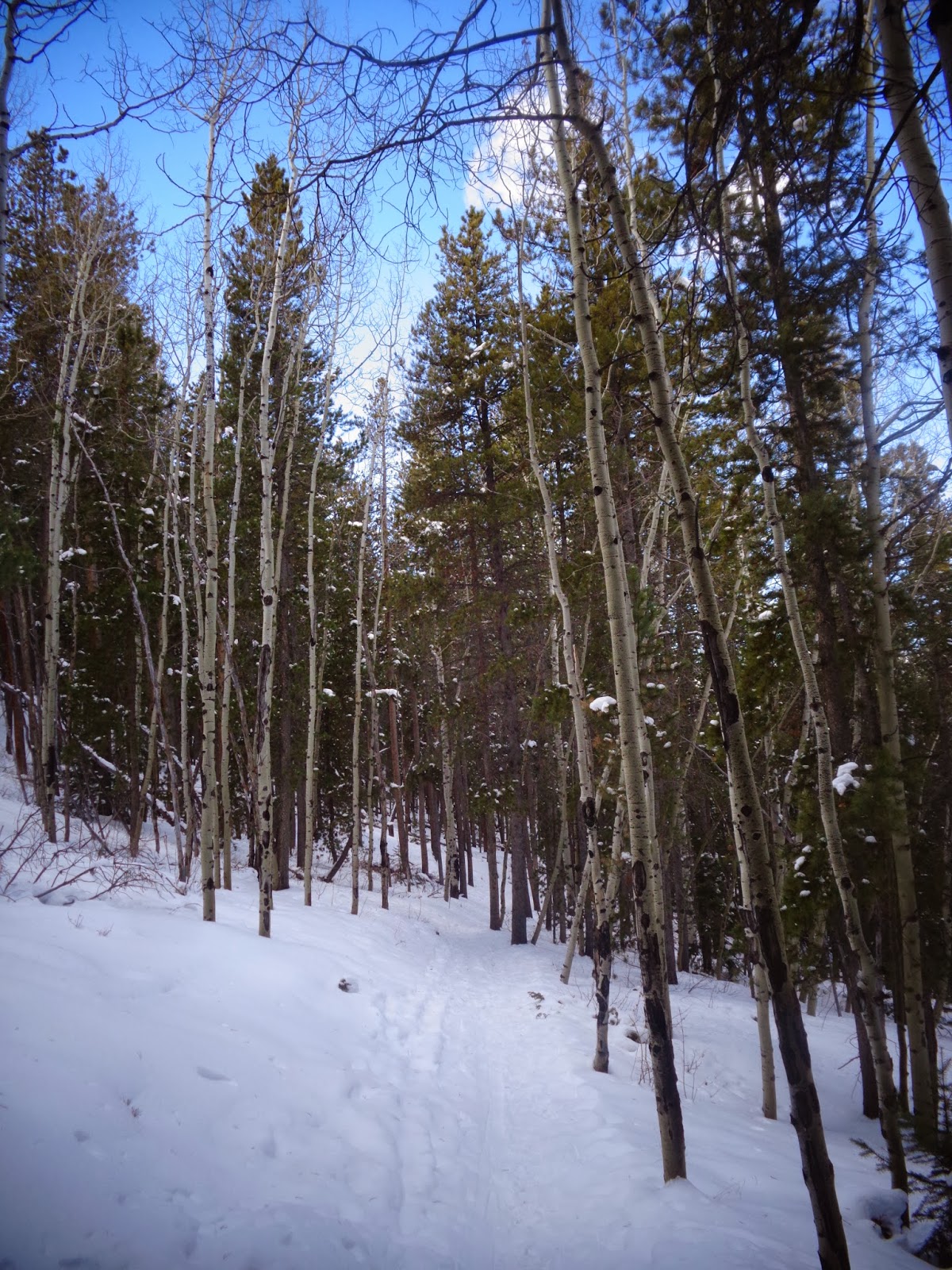 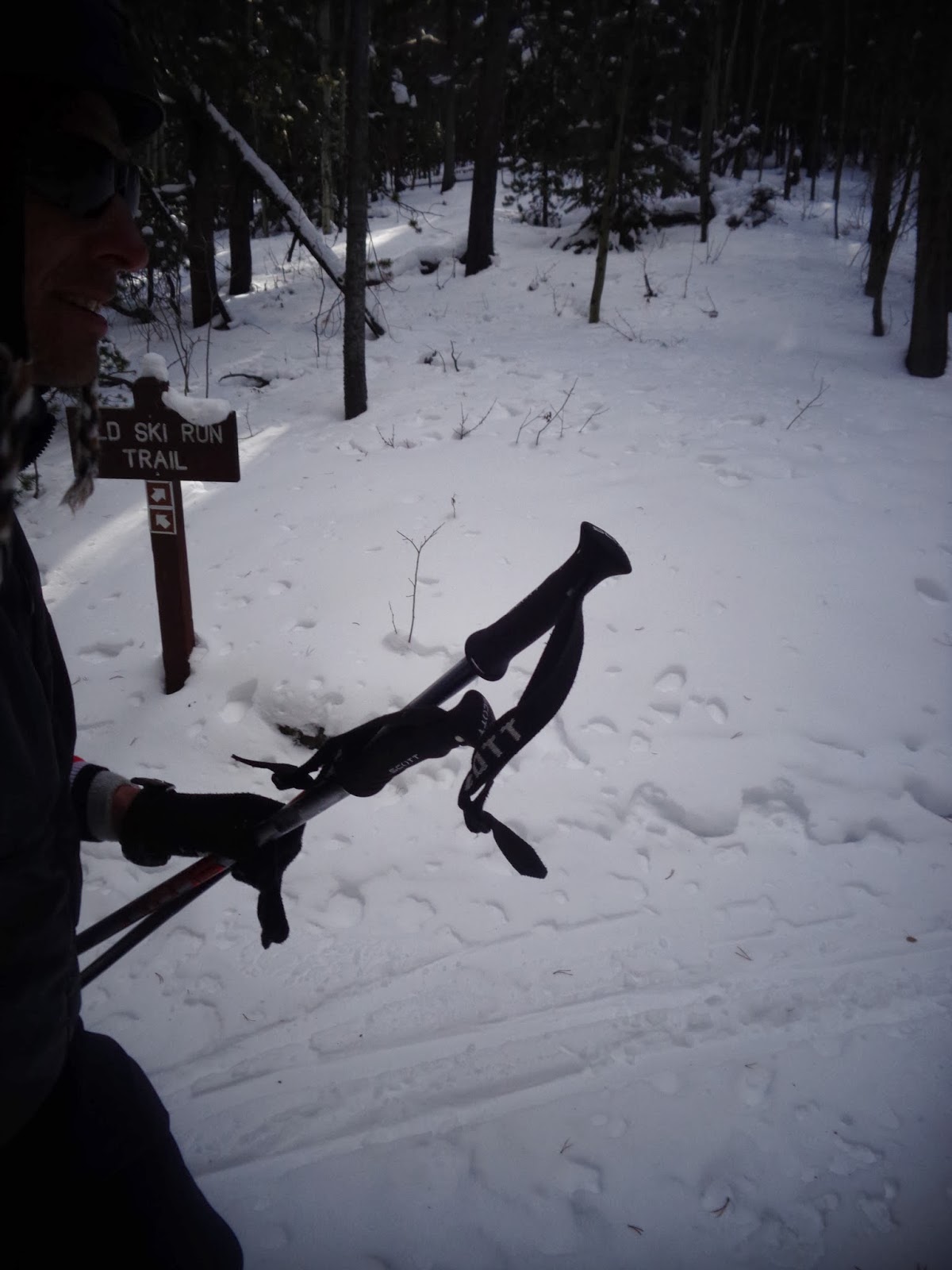 These gentle but steady loops provide a decent ski workout and fun glide down, but end several hundred feet below the summit of Legault Mountain.  A light bushwhack can finish this up.  In winter, with powdery snow overlaying rock and downed trees, some sort of flotation can be helpful.  So I brought my wife's snowshoes with me. 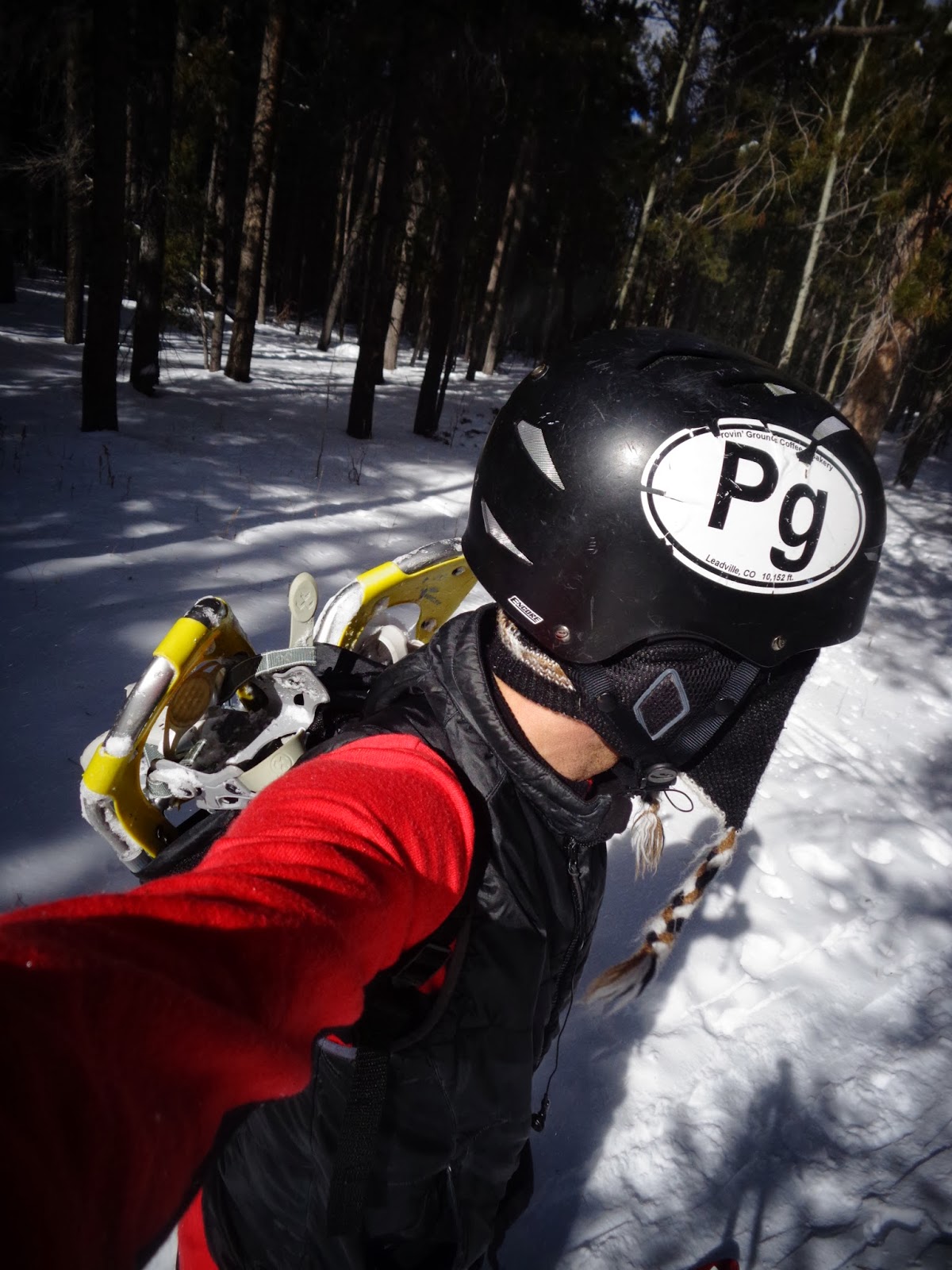 This was my first time with snowshoes on my feet in Colorado, and second time ever I think.  Normally I'll do anything I can to figure out ways not to use snowshoes, by running or skiing instead, but it actually worked out pretty well.  And gave me good practice for an upcoming race that uses them.

On a clear day, the summit rock is easily visible through the trees upon reaching the saddle at the far edge of the Old Ski Trail loop.  A sign with an arrow pointing to the trail is located at a good spot to leave the trail to the east -- to the south is a cattle crossing and private property sign.

It looked like there was a climber's trail along the way, but otherwise it was a short, fun trek up.

The summit opens up with views toward downtown Denver: 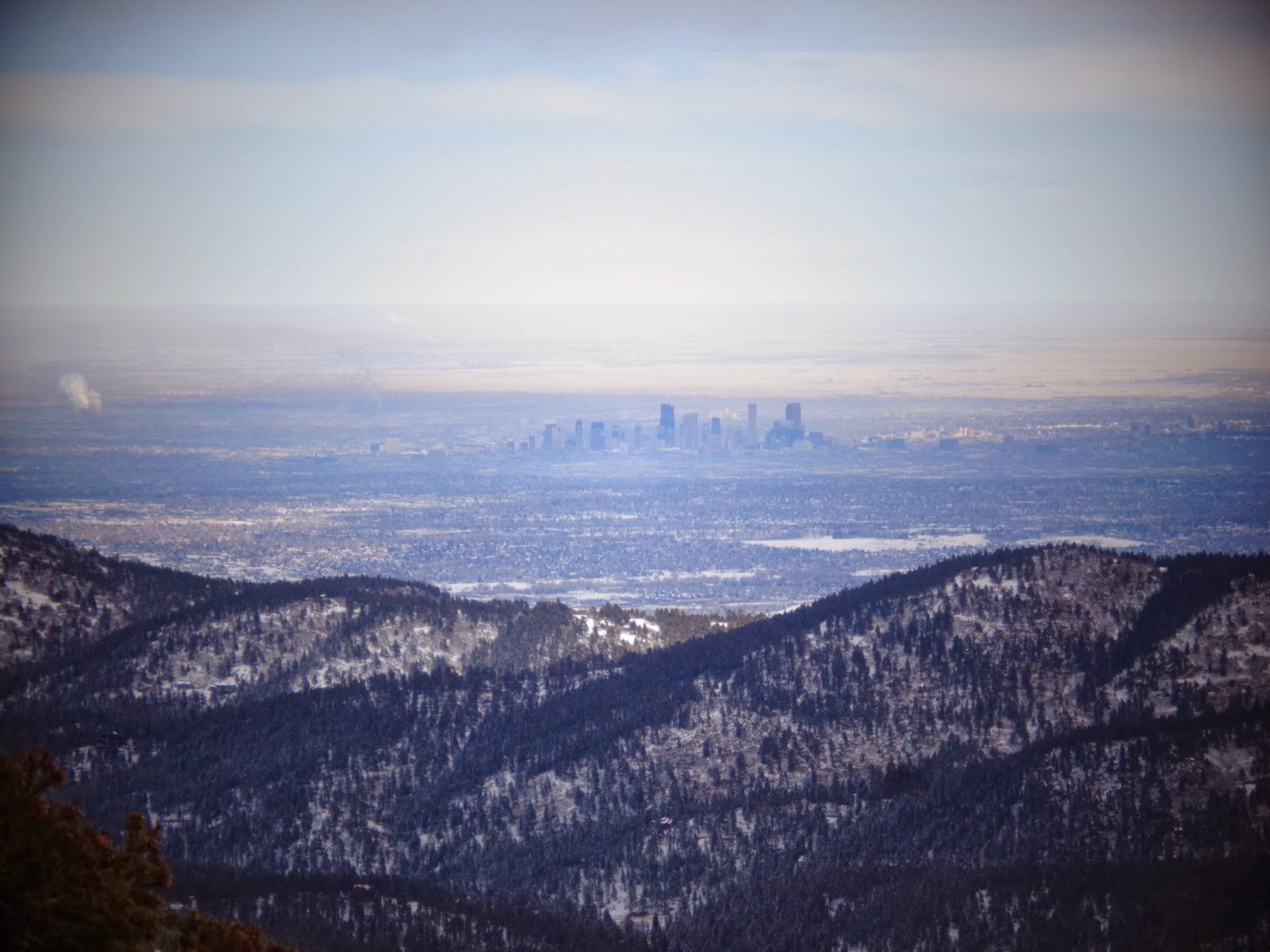 But you can just as easily turn from that, and look southward toward Pikes: 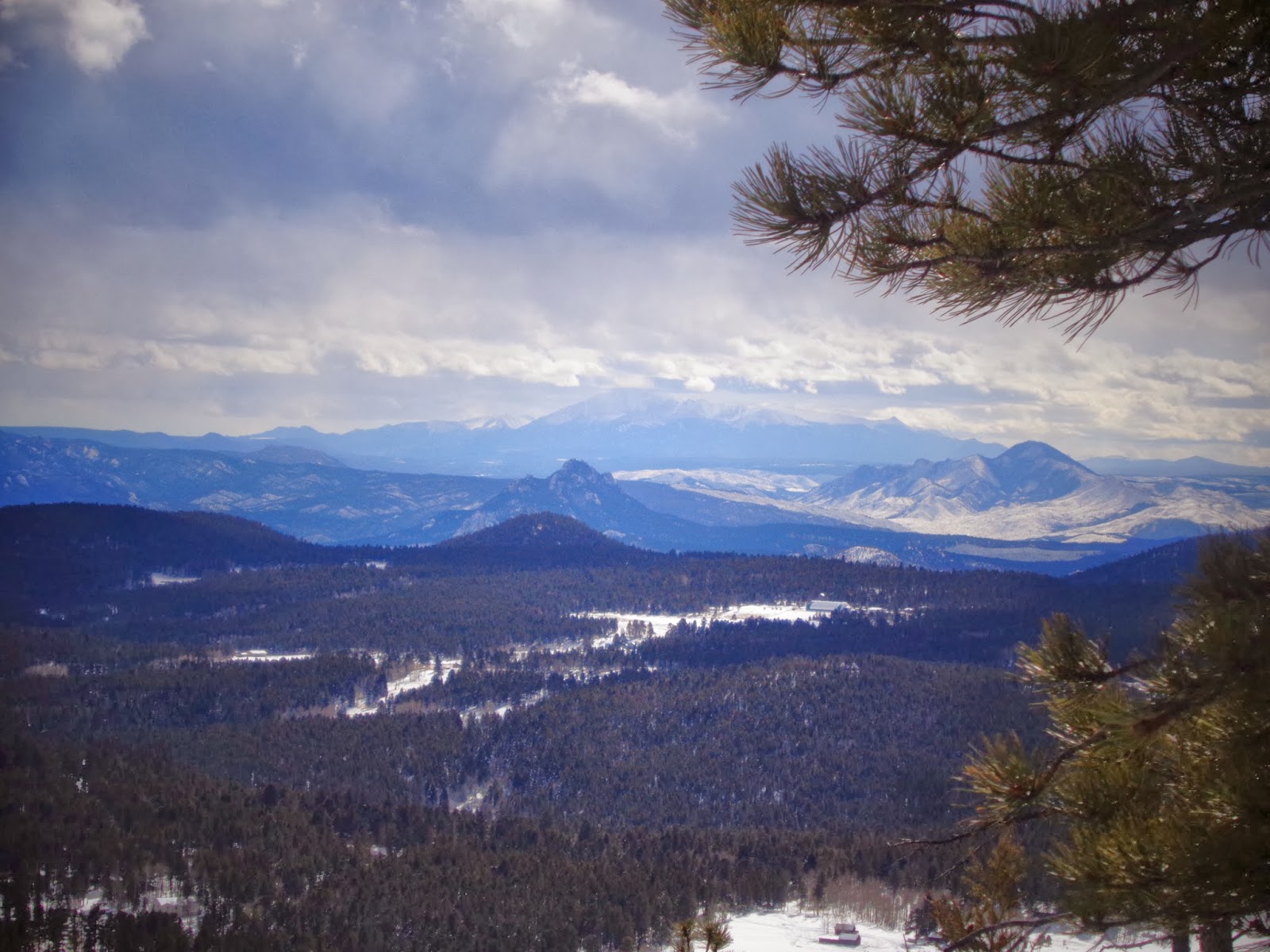 The snow was powdery enough, and the woods opened up for short periods of time, to be able to run a bit on the snowshoes.  Not bad.  But I was happy to get back to my skis for more speed on less effort.  The occasional visible rock or two slows down the flow in a few spots, but otherwise it's a great glide.
It might even be an enjoyable snowshoe the whole way.
Posted by mike_hinterberg at 9:32 PM