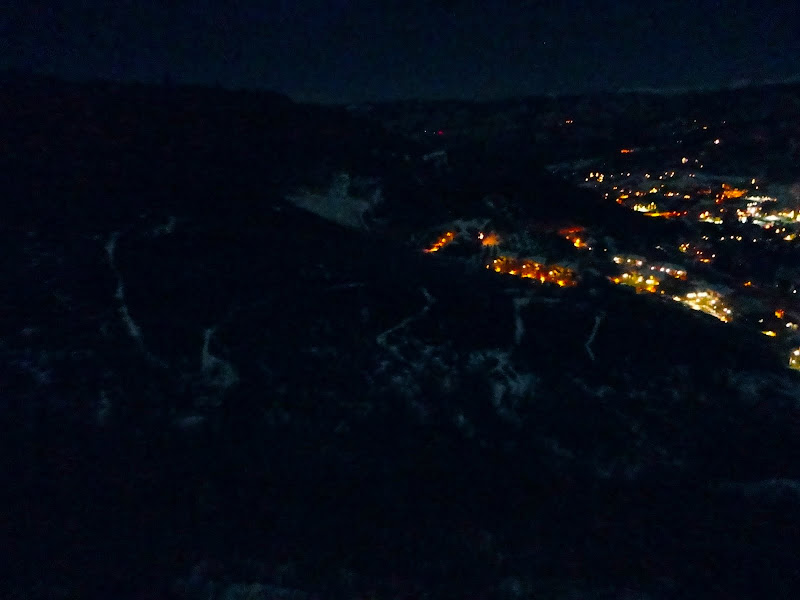 Besides skiing, I also wanted to check out some of the running/hiking trails in Snowmass. The Rim Trail caught my attention on the map, as it climbed quickly up a nearby hill, some 800-1000 feet in a couple miles or so, and then rolled along for several more miles. So one night, full of great dinner and wine, I headed somewhat blindly toward where I hoped the Rim Trail might be. I found some tracks going off into the woods near Deerfield Drive, which headed up exactly on the trail I was looking for.

After a 25 minute grind up numerous switchbacks, covered in mostly in light snow, I finally reached a summit plateau with fantastic views all around. I saw something on the ground, then nearly wiped out as I stood on it: a marble Yin-Yang. At a different time and day, it would look something like this: 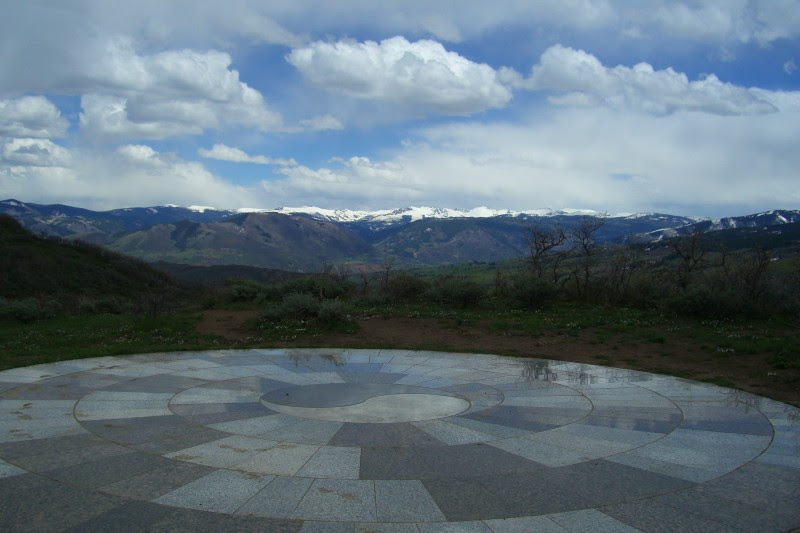 Well, that was unexpected. I continued the rolling trail, with a few short steeper sections, before the trail curved onto a narrower north-south ridge with new views toward Aspen and the airport. I turned around once the trail began switchbacking downward. This was an exquisite run right next to Snowmass -- with a bit more snow, it would have been a great x-country ski or snowshoe trail, as well as a nicely buff mountain bike trail in the summer.

Lunar Eclipse
I had so much fun on this trail, I returned a few days later to view the lunar eclipse. 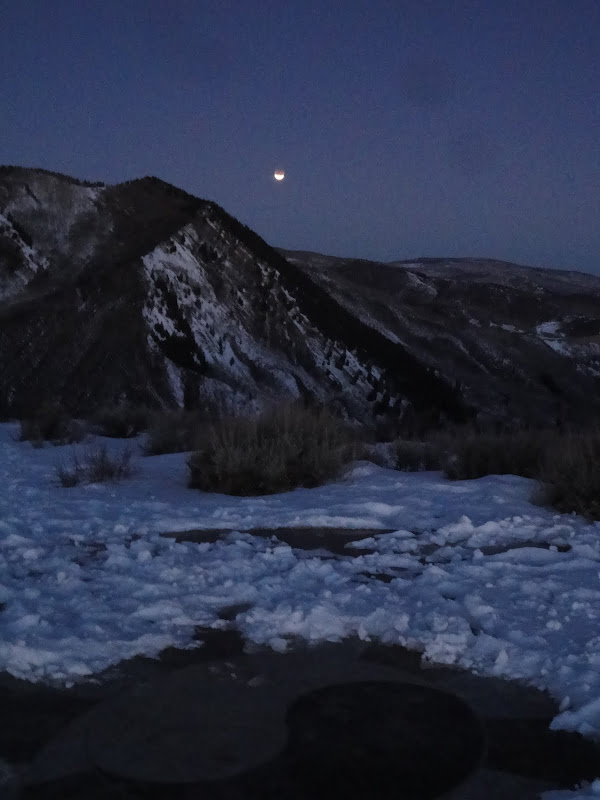 The Yin-Yang was the perfect vantage point, as the setting moon wasn't visible from town down below. Somehow, the Yin-Yang also made sense, as a balance between the rising sun and setting moon, the cycles of waxing and waning, the lunar influence on the rhythms of the tides....Or something like that. Yin, yang, yada-yada-yada.

I waited and watched in the cold, while inch-by-inch, the oak moon disappeared, and the sun took its place. The coyotes and dogs in the valley below howled and yapped in protest.
Posted by mike_hinterberg at 9:37 PM