While visiting my sister and brother-in-law in Fort Atkinson, WI for Thanksgiving, I took some time to explore the surrounding environ of Jefferson County.  Despite growing up just east (Mukwonago) and matriculating just west (Madison), I hadn't actually spent much time in between.

In typical Wisconsin fashion, "Black Friday" greeted us with a sharp wind, flurries, and 30 degree temperature drop from the day before.  Still preferable to being inside a mall, we began by checking out Dorothy Carnes County Park.  For about an hour, we looped around a circuit of mixed prairie and hardwood hiking trails, approaching the shores of Rose Lake and surrounding wetlands, as well as a preserved barn and farming structures. 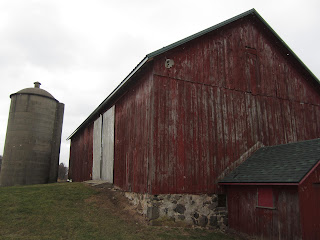 After this, I pointed out that the Jefferson County highpoint, at a whopping 1060 feet above sea level, was just up the road.  I pointed out the glories of checking out one's own county highpoint (said the guy who hasn't been up Hagues Peak yet...); and Erik, being a map geek himself, was game for a quick trip.  The topographical bump may be a mere rolling hill, but at least it's clearly taller than surrounding points (including one to the north with a tower on it) and does provide a pleasant surveyor's view of the surroundings. 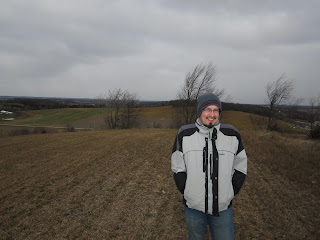 After this, we hopped back in the car and made our way toward Lake Mills and Aztalan State Park.
Aztalan is a preservation (and renovation) of ancient Indian mounds that date back nearly a millenium, credited to Mississippian peoples that populated the southeast part of the U.S. 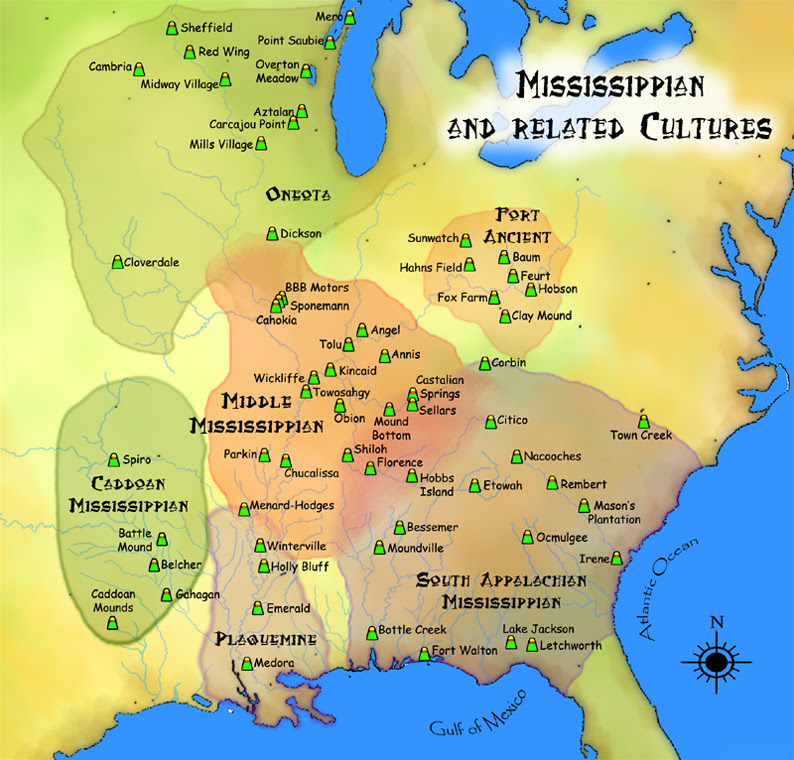 The park provides a great opportunity to freely explore some of these grassy mounds -- if not take a vomit-inducing dizzying log-roll down the side. 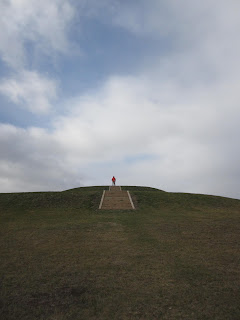 Posted by mike_hinterberg at 1:36 PM