Update 2012:
Yes, this is about my friend Neil Brooks of Fort Collins, CO.
I have known Neil for a decade, and in that time I have known him as one of the most generous and selfless people I've ever met. He's helped us move, helped us with projects, helped us with big decisions, and has always been there when needed.
He's donated money and vehicles to numerous causes, and his sympathies lie with those that are suffering or worse off.
He was dealt a bad hand with severe disability. I knew him when he was working, and he's such an intelligent and motivated person, it was a hard blow not to be able to put that to use every day. Yes, some days are better than others. Yes, he's tried to move on through those issues and not make them a readily-apparent excuse. Ironically, this makes people question his disability. It's even more unfortunate because he is/was such an active, adventurous person. When disability strikes somebody who is in the twilight of life, who has seen or experienced it all -- or, on average, who doesn't care to -- it's nowhere near as tragic as when it holds back the very core of a younger person.
I honestly believe that all he is looking for, like many of us, is a smile -- whether it's from true understanding, or pity, or just that common human interaction that binds us -- rather than accusation or anger or fear. I'm not talking about correctness -- it's possible to be on the 'correct' side of something and enveloped in fear and anger -- but taking the high road of calmness and compassion. This is difficult and not an expectation, and people can choose to be angry, as is there right, with some justification -- but the choice of calm, rational discussion, and hearing the other person (without necessarily having to agree) is closer to the optimum decision -- for everyone.
I believe, at his core, and in the long run, Neil is one of the kindest and caring people I know, and it is important for me to explain that he has been a genuinely good guy for a very long time.
Original Post:
So long, Fort! It's been a great 4 years...now it's time to move to Denver.
Looking forward to new challenges and opportunities, but definitely going to miss and cherish people and places in the Fort. This deserves some more reflection and writing when I have time, but I'm happy to be close enough to return often.

Had one last chance to peer down on the Fort from Grey Rock, as I had a great hike up there with Neil.

Not only is Neil and his wife DJ two people we'll miss dearly, but it's also looking like he'll be able to pace me on bike during Lean Horse!

Not only am I happy to have them there when I'll be feeling my best and worst (and often at the same time), but in many ways you can't ask for a better pacer than Neil. This, too, deserves a longer post, but suffice it to say that Neil and I have a solid history together. At the best of times, we're on the same wavelength, and at the worst, he can do the thinking for me! He has the race experience and analytical mind to help me reach my goals, but also the humor, adventure, and "Type B" running that I enjoy so that having fun can still be the main goal. 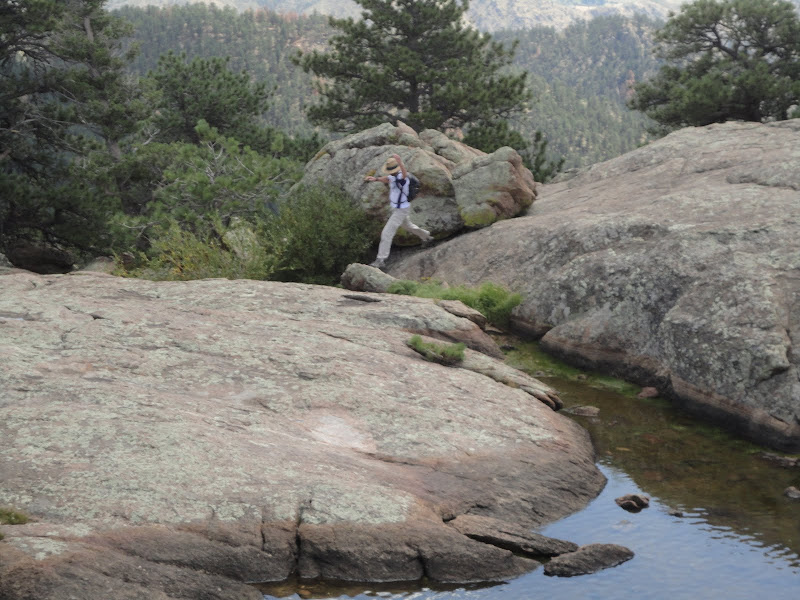 Finally, he deserves a large share of the blame for getting me into running (and cycling) in the first place, by convincing me to sign up for my first half marathon in San Diego, nearly 7 years ago, as well as my first cycling century: in both cases, cracking jokes and cruising along at ease while I was suffering, in a good way. Now we both live in Colorado, so how cool would it be to have him there for support for my first running century? Unimaginably cool! Who would have thought? 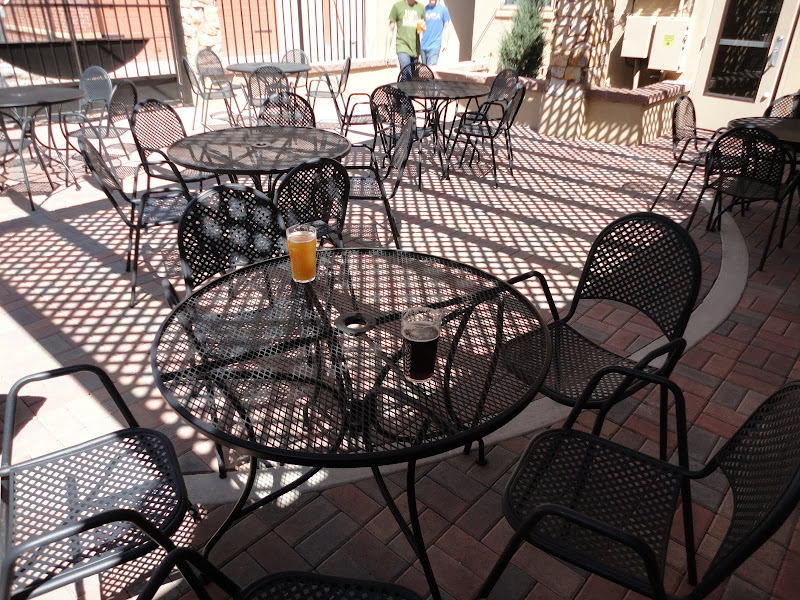 Posted by mike_hinterberg at 12:51 PM