A few months late, but the Bighorn 100 was as great as I thought.
I don't have much advice to add that hasn't been covered elsewhere.

I rode up with some friends, met some other friends at the start, and ran with some more during the first parts of the race.  J and Mama W were there for crew support, with my friend Chris S. out from SoDak for night-time pacing duties. 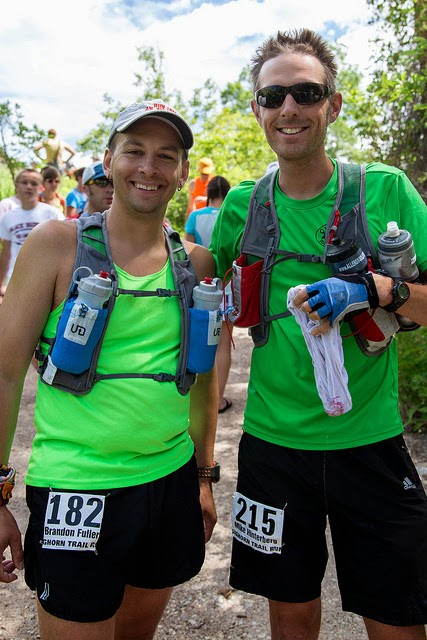 Saw Brandon at the start -- good to see him and thanks for the pic!
I think I was pretty much this happy for the next 24 hours.

Wildflowers, mud, some moose, a couple-hour rainstorm up high at night, more mud, then a new day with even more wildflowers.

It was as gorgeous as advertised.  My pre-race goal was to run in under 24 hours so as to join the arbitrary Rusty Spurs club.  I ran the race almost too conservatively so as to hit this goal, figuring that missing it would be more distasteful than running slightly faster.  And so it was, a nice romp through the wildflowers, ending with that last 5 mile, hot, flat run on a dirt road back into town, where I was fortunate enough to still be jogging and have my lovely wife join me for the finish.
Posted by mike_hinterberg at 9:25 AM