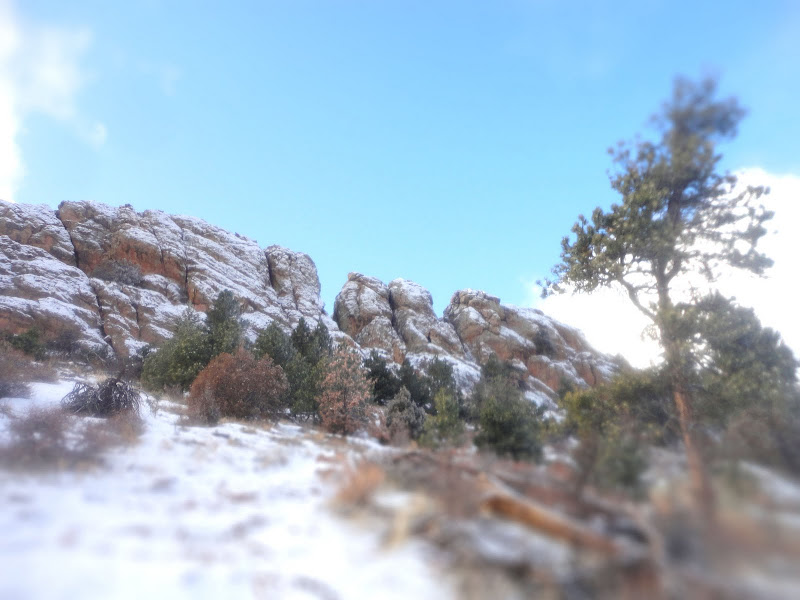 With the nice weather on Sunday, decided to head up to Horsetooth for a Quad Rock preview.

Of course, I use the word "preview" loosely, because conditions in May won't be anything like it is now in January, where I probably put my Microspikes on 8 or 9 times, in addition to wearing them longer than necessary at times out of laziness.

Here's how things looked after Friday's dusting of snow (the lighting in these pictures tilt-shifted for effect): 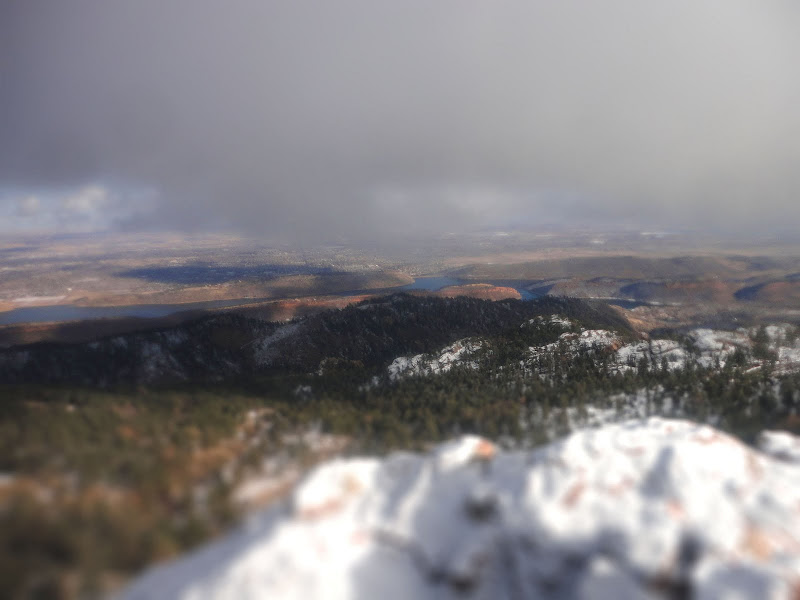 I added an extra-credit summit of Horsetooth Rock (an extra 30 minutes with some time on the summit), and with a water refill at the Lory visitor center, it's probably close to an even marathon, taking nearly 5:30 total, nothing to write home nor blog about. But a fair amount of that was fiddling with spikes, and running conservatively on the icy sections even with them on, filling up water, etc. so I sure expect the race to be significantly faster.

As for conditions (on a clockwise loop starting from the HT lot), the usual icy spots to the summit were the worst (although the very final pitch to the Rock was completely avoidable); West Ridge and the top of Towers and shaded parts of the middle are still slippery, as is Timber. The Falls trail still has ice but isn't the death trap it was a few weeks ago. Otherwise, the Valley trails were much less muddy than I expected, with only one short section in Lory with some standing water, but otherwise pleasantly manageable. Spring Creek was notably enjoyable.

Anyway, it was a nice preview for January, going to be a great event!
More work to do, but everything felt good and it put me over 100mpw -- not bad for me compared to previous January's.
Posted by mike_hinterberg at 8:50 PM